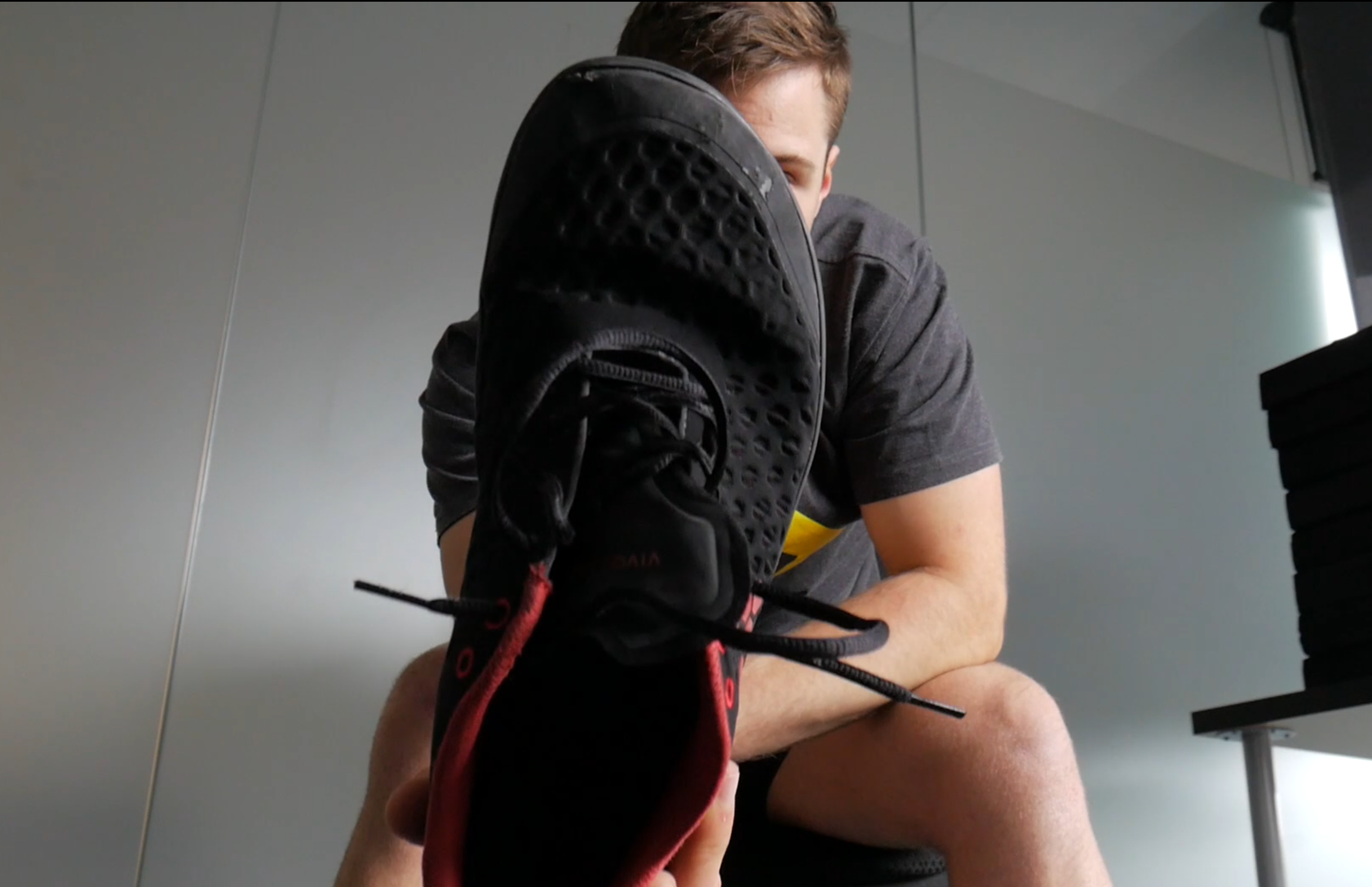 Why aren’t shoes shaped like feet? A history of shoes: Part II

This story has two components, and I’m going to start with the second.

Pouline's: The Nike's of medieval Europe

Back in medieval Europe, around the 12th century, there was a popular shoe style called the Poulaine. They had this super narrow pointed toe and made of leather, and this is what the upper middle class or the higher society sort of people wore as a symbol of their status. Now, these shoes were worn by the upper class and wealthier members of society. All the cool kids had a pair.

Around the same time in medieval China starting around the 10th century, foot binding was commonplace in women of higher social status. These women would have their feet strapped from a young age to deliberately stunt and interrupt their natural growth. This would leave the woman with a deformed, smaller, delicate foot that was effectively useless.

The scariest thing about this foot binding is that it was only banned in China in 1912. Just over 100 years ago!

Fast Forward to the 21st Century

And we have this social and stylistic hangover from back from the middle ages where a pointed shoe has become a symbol of status and wealth (which in the 21st century is translated to fashionable and stylish), and the idea of smaller, dainty feet being a desirable trait, particularly in women.

So by spending the majority of your day in a narrow toe sneaker or dress/work shoe, it's a (lesser) modern equivalent of that Chinese foot binding practice where the shoe is dictating the shape of your feet. Over time that restriction and control dictated by the shoe can permanently disfigure and tighten the joints of the foot, leading to a whole host of foot, ankle and lower limb issues.

This problem is particularly concerning with kids. The bones of a child's feet don’t fully harden and take their final shape until the mid to late teenage years. From kindergarten children are put into tight restrictive shoes for the majority of every day. That foot is going to comply with the shape of their footwear taking on a narrower forefoot, weakened arches and altered movement patterns.

The big problem for me is this fashion statement has become a heavy influence on athletic footwear without any real consideration for the potential ramifications.

Number one, they need cushioning under the heel to absorb forces.

This is explored in depth here. Cushioning has a place (especially in walking) but not all the time, and not to the extreme degree it has reached.

Since the inception of Jogging in the 70's, injury rates have climbed continuously despite innovations and advances in shoe technology. Maybe more motion control, more cushioning and more arch support are not the answer?

The second rule is arch support.

Support through the middle of the arch here to create control of pronation and supination. Arch support and orthotics are a whole can of worms, which we will get to another time.

The last rule is a shoe must have a narrow toe box to keep the forefoot and toes firmly and securely in place.

It’s this rule that I want to bust today.

*Maybe not quite as wide, I mean you're not a monkey.

One of the separations between homo sapiens and the rest of the primate family is that our foot developed for the ground and gait. Meanwhile monkeys, chimpanzees etc kept the more hand-like foot for climbing trees. More in this in a future post.

A wider forefoot and toe spread improves our centre of balance and improves the ability to feel and control the ground. The other thing is, your big toe should shoot straight out of the front of your foot. It should not angle in the way narrow shoes might force it to. The big toe is an absolutely critical part of the kinetic chain, as the last point to push the ground, if that big toe doesn’t push up straight (or push at all), we lose hip extension, glute activation, and power through the posterior kinetic chain. No big toe, no vertical, no speed, and no lateral power.

Next time you’re in the market for a new pair of shoes, consider the width of the toe box.

When it comes to runners, I think they live on a continuum, so something like Saucony, Asics, or Brooks typically have a narrow tapered toe, while something like a Nike Free has a little bit more room. For me, the gold standard (without going all the way to a toe shoe) for a wide toe box is Vivobarefoot*.
These guys have a super wide toe box, with lots of room for those toes to spread, wiggle and move around like they should, the motion control in these is also pretty minimal making the intrinsic muscles of the foot have to work for themselves.

The same rule applies to casual shoes. If you’re looking for something, consider something with a flatter toe and more width across the forefoot.

*Not a paid endorsement, I have tried a fair few minimalist shoe styles and brands and these are simply my favourites.

Designed to help athletes of all ages playing team and ball sports improve their speed, efficiency and reduce their injury risk through improved running technique.