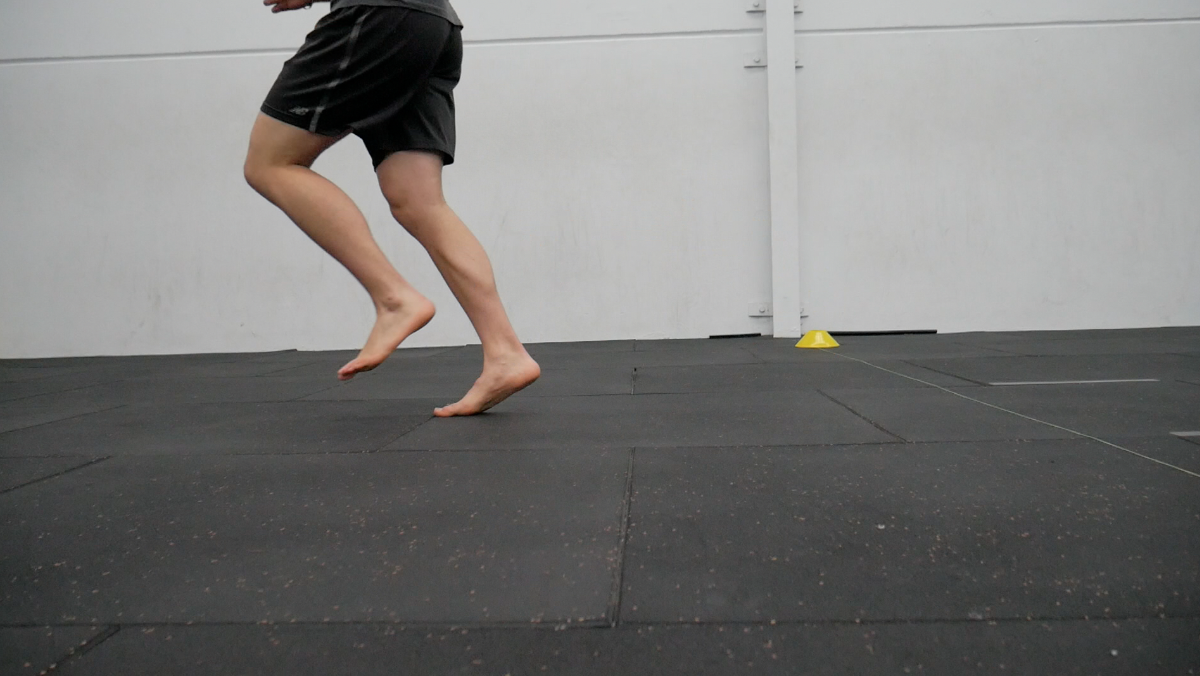 Shin splints are so frustrating, it’s such a niggly little injury, but it can really hold an athlete back when it comes to training hard.

Trust me, I know. I had shin splints pretty bad for about two-and-a-half-years, but the lucky thing is we have reverse engineered a hugely effective rehab protocol.

First a bit of a theory of what causes shin splints. What happens is the tibialis posterior muscle gets overloaded, becomes inhibited, and starts pulling on the periosteum on the medial tibia.

Overload can be caused by a whole bunch of things: a sudden spike in training volume, general accumulation of ground reaction forces; poor foot biomechanics, or poor running technique, (heel striking); having weak calves; or generally having weak legs or core.

This overload then causes the tib post to lay down trigger points as a way of dealing with the stress. These trigger points inhibit the muscle and shut off the power. Over time, that muscle being inhibited sends more of the stress into the bone, the tendon, and that periosteum.

So you get into this vicious cycle of overload, inhibition, atrophy, and weakness, and you just go around and around and around. The same thing happens at knees: a knee gets grumpy and sore, whether it be the tendon or the patello-femoral joint, and then what happens is that VMO muscle, your protector, starts to shut off and become inhibited, and the same thing, you go around this vicious cycle of pain, weakness, and then muscles that aren’t doing their job when they're supposed to be protecting us.

The typical prescription for shin splints is standing calf raises, and lots of them. Three sets of 30 single-leg raises done every day is a pretty common prescription.

However, when you do a standing calf, because of the open knee angle your gastrocnemius is doing the majority of the work, meaning that tibialis posterior, the real shin splint muscle, isn't truly being challenged.

When you bend the knee and move to seated calf work, that gastroc becomes a much smaller player because of the bent knee. Now the soleus and the tibialis posterior can really come into their own.

Our solution, and it originally came from Bruce Gray’s Achilles tendinopathy methods, is to do heavy seated calf isometric holds, because of that tibialis posterior and the periosteum, it’s kind of acting the same way a tendinopathy would, whether it's a tendinopathy or a periostiopathy-- periostiumopathy* (?), it doesn't really matter. Basically, it's collagen in distress, so the isometric work is going to have the same effect.

*Enthesiopathy is the term for disease of the periosteum or enthesis; the point where the tendon meets the bone.

This works by a phenomenon called mechanotransduction, its the same way our Osgood Schlatters method works.

Initially, we did three position holds, 15 seconds in each, but that has changed. Now it is way simpler: three sets, 45 seconds in a slightly plantar-flexed position. Focus on keeping that weight on your big toe, but don't let the arch of the foot collapse in.