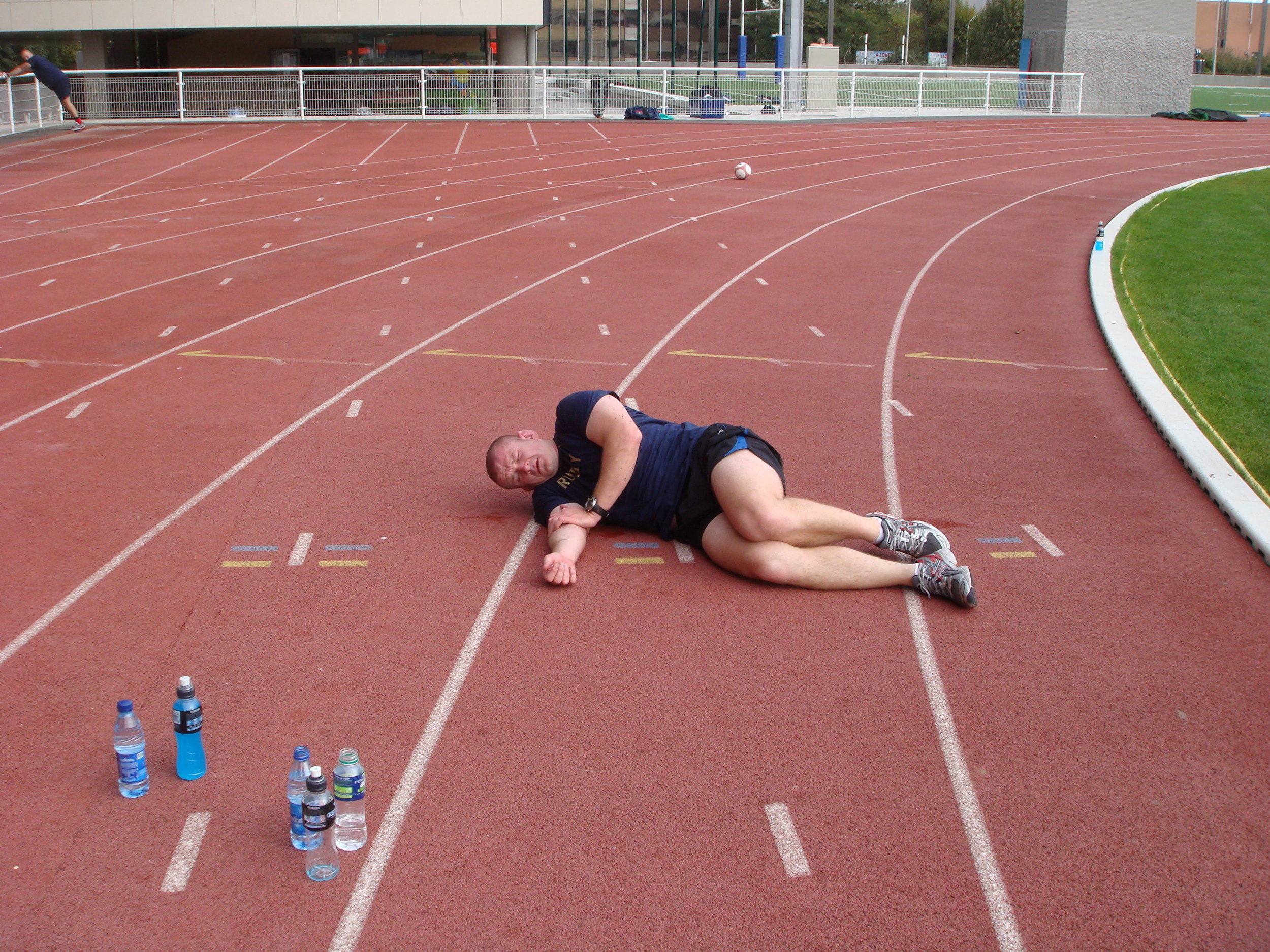 Workout hard on a Monday, punished for Tuesday, Wednesday, and sometimes even Thursday. What are, and why do we get DOMS?

DOMS stands for Delayed Onset Muscle Soreness and typically presents as soreness, tightness and tenderness in the affected muscles. The reason for this persistent training induced agony comes down to micro trauma from eccentric muscle actions.

Most people are familiar with the sliding filament theory where the myosin heads connect to the actin filament and drag the muscle fibre shorter and together.

The classic interpretation of the sliding filaments. It's amazing that even in 2017 this is still only a 'theory'.

What is less commonly understood is how the actin and myosin interact during eccentric contractions.

Instead of simply reversing the concentric action and detatching-reattaching as the muscle lengthens out there is a stretch effect, where the myosin heads try to hold on for as long as they can while lengthening out. If an eccentric muscle contraction is intense enough (this can be speed or load induced intensity), these myosin heads will break off. This creates tiny microscopic tears and micro trauma in the muscle cell. That's the major cause of your agonising DOMS.

Ever woken up with sore abs after a day of hysterical laughing? that's DOMS.

Hamstrings are also particularly susceptible to DOMS given their dual joint action at the knee and hip and their role in tibial deceleration during sprinting and cutting actions.

This eccentric stretch effect does have its benefits, though. We are much stronger eccentrically than we are concentrically, which serves us well in injury prevention and if it weren't for this stretch effect, we would have no stretch shortening cycle (aka the plyometric effect). Eccentric muscle actions are also incredibly energy efficient because the filament stretches instead of sliding there is significantly less ATP being used. This energy efficiency is further improved via a protein in the muscle called titin, but we will save that story for another time.

The best way to minimise DOMS is to pay attention to your acute to chronic workload ratio and keep the intensity, volume and type of your training consistent. While a regular rolling and stretching routine is super effective at completely eliminating DOMS altogether. Peak DOMS usually hit around 36 to 48 hours after a workout so if you wake up sore the following morning, its only getting worse from here...