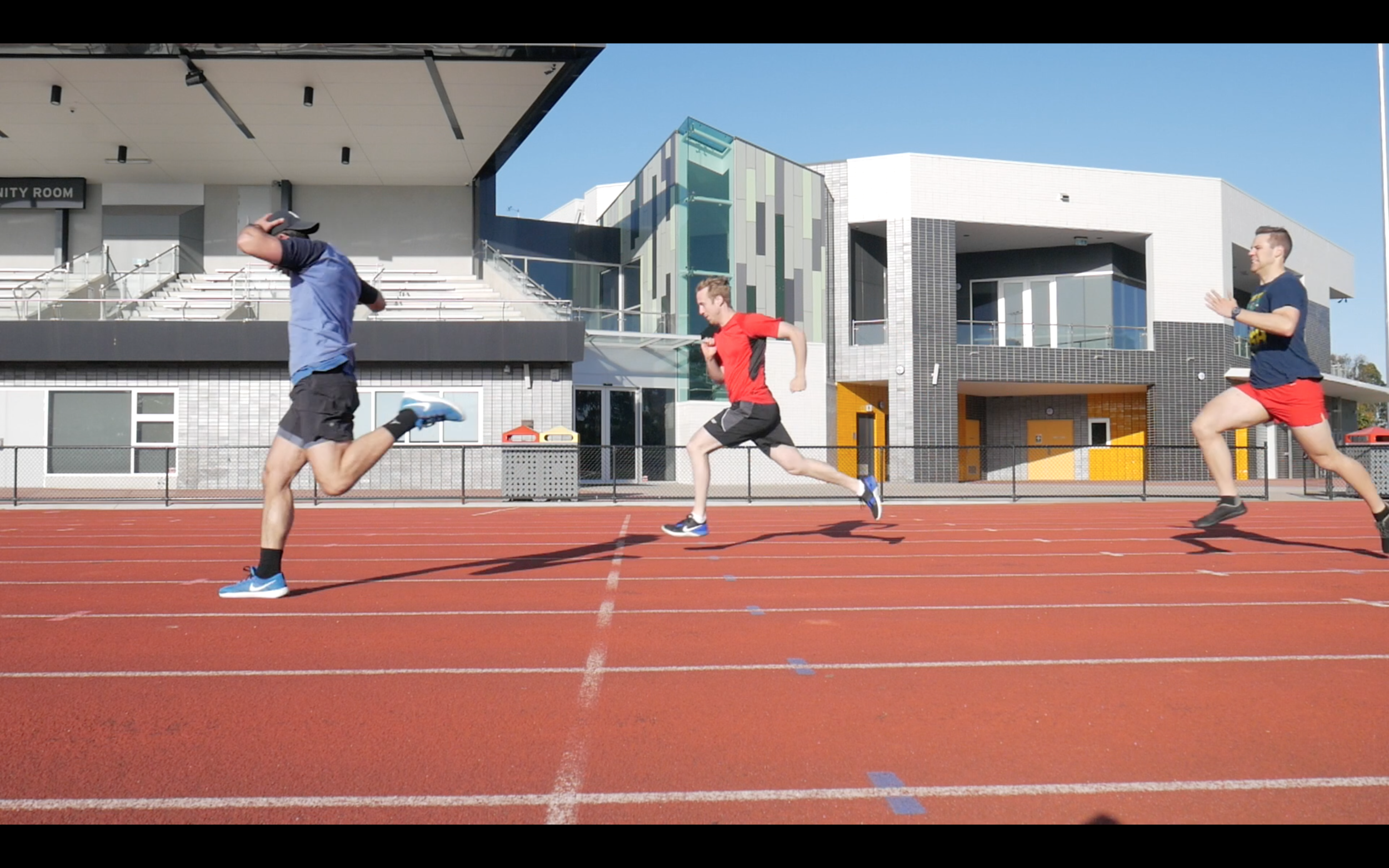 Four Reasons My Brother Beat Me Over 50m

But instead of making excuses, let's talk about why.

This was just a sad statement of fact. Currently, I'm corelifting around 90 to 110kg depending on the day. Meanwhile, Davey is hitting a PB every three to four weeks. His most recent — 157.5kg for three.

This comes down to consistency, Davey has been lifting three times a week every single week and he's barely missed a session for the last two years. Meanwhile, I've had some setbacks and things get in the way.

Everyone lives on a continuum from stiff as a board to gymnast and dancer level flexibility.

The goal is to have adequate flexibility for your sport and position, maximum flexibility is just as dangerous as excessive stiffness.

While I live on the stiffer side of the continuum, Davey lives more on the bendy floppy end of things. Back when we were kids, Davey's nickname was 'Coogly', he used to run all floppy and all over the place with his limbs flailing about.

Normally, being that bendy (it’s called hypermobility) actually makes you weaker, but for Davey, when you combine his bendiness with his super levels of strength, you create a spring which is ready to explode. It makes him a lot more elastic and reactive off the ground for jumping, sprinting and lateral movements.

For most team sport athletes, you don’t want to be as flexible as Davey but adding some flexibility to your body (in the right places) along with a strength program is one of the biggest change you can make to improve your athletic profile.

I weigh about 92 kilos and Davey weighs about 82. That alone means he's got a smaller body to carry down the track (and given each foot strike is ~6x body weight that 10kg body mass difference becomes a 60kg ground reaction force differential). It gets worse for me when you start taking his huge strength advantage over me and consider his relative strength.

When we talk about sprinting and jumping power, a high relative strength (as opposed to absolute strength) is one of the most important things. Being able to break inertia and accelerate (which a 40m sprint is almost completely acceleration) means he is faster to accelerate and can reach a much higher top speed.

OK, Storytime.
Back when I was a kid, I was sport obsessed, especially basketball. I was an OK athlete, nothing decent but, a solid role player. My biggest weakness was a lack of quickness and true speed. Here’s where is gets stupid, really stupid.
I thought the answer was to get super fit by running lots of middle distance road work. The logic was, if I got super fit, I could outrun everyone and stay fresh for the entire game.

It had zero effect on my quickness, agility, and power. In fact, it probably made it worse. I now know that long slow cardio is so not the answer when it comes to sports conditioning.

Meanwhile, Davey, who was also a decent athlete, was a bit lazier than I was when it came to extra training (sorry Davey).

He would sooner fly to the moon than he would go out early to get a 6km run in before school, it just wasn't his thing. He would train, play sports and all that but while I was getting extra running in, he was getting sleep.

Fast forward to the present day and I'm a much more aerobic, type I athlete while he's maintained a lot of his elasticity and reactivity from his team sport training background.

I guess he got the last laugh.