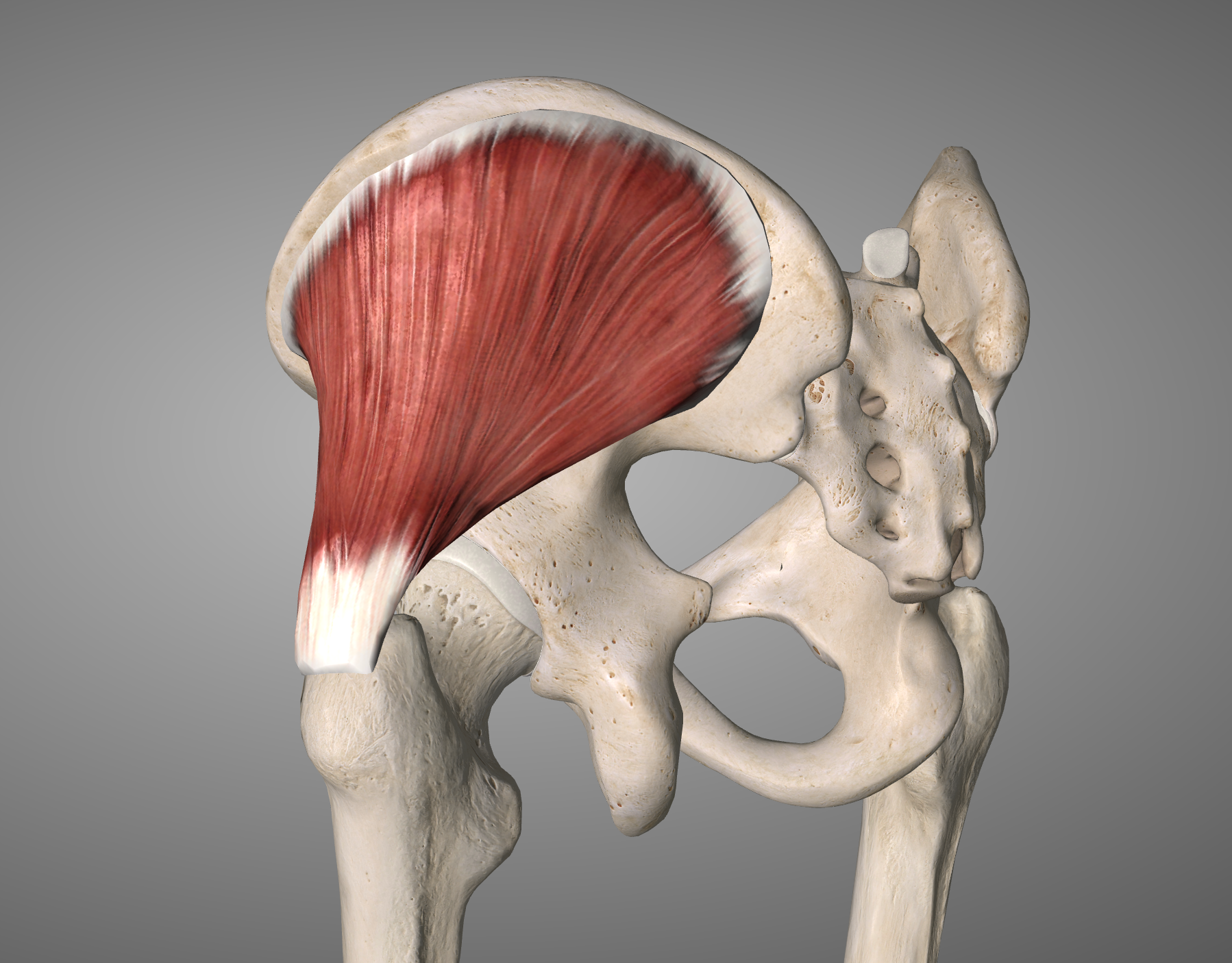 The action is what you're going to read about in anatomy textbooks. That is, the muscle moves the joint or it abducts, it extends, it flexes, things like that. The function, however, is different. That's what the muscle does in the real world when it comes to things like sports, everyday life, just general movement. They're different. Function and action are not the same thing.

For example, the bicep flexes the elbow but you're much more likely to use it to hold you elbow joint together when you carry all your groceries in from the car at once, and while yes your rhomboids and traps retract your shoulder blades, in the real world, they work eccentrically to stop your shoulder blade coming off your rib cage as you throw, pitch or bowl.

Gluteus Medius. One of the true Rock Star muscles.

I want to focus on one of the most commonly misunderstood muscles and it's action; gluteus medius. Glute med abducts and externally rotates the femur, which makes it one of the most important muscles when it comes to lateral movements or agility. But it's much bigger and more important role is preventing valgus at the knees.

Whenever we run, cut, land, or jump, there's a battle for knee stability going on at the hip. The tight, often overactive abductors that are in a great position inside the knee want to pull into a valgus position. While at glutes: glut med, glut max, and glute min, all want to keep that knee out and keep it stacked on top of the ankle. If the adductors win, that knee is moved into valgus. In a valgus position, it's exposed to all kinds of chronic and acute injury risks. Things like patellofemoral joint syndrome or ACL ruptures and MCL tears.

So a few glute med training tips. First, you want to release out the trigger points. Muscles that work as hard as glute med does, almost always throw it in a bunch of trigger points as a protective mechanism. Take a ball, under the back corner of your hip and then working along just above the greater trochanter or your hip bone.

Next, give it a stretch. Durham actually invented this one and it's a ripper. Take your left ankle, hand on the ankle, put it in your pocket, grab the knee, and then pull it in towards your chest.

Reverse Skaters, One of our favourite glute med exercises

Now, it's time to activate and strengthen. There is heaps of options like clams, a standing glute med hold, lateral walks, hip hikes, even a star side plank is going to work the glute med. But by far, our favourite has to be a reverse skater. The band goes around your ankles, tiny softening of the hips and then you're going to walk backwards like you're skating in reverse on about a 45-degree angle.

Then lastly, training for its function. Exercises like single leg squats, single leg landing, and your lateral work. An interesting bonus with your landing, if you can land softer and with a hip dominant shape using your glute max to absorb the kinetic energy, your glute med will actually have an easier job. Meaning, it has less work to do preventing even more valgus.

Interested in jumping higher? Check out the full series

Read/watch these in order for heaps of resources, tips and tricks to maximise your vertical leap:

The science of vertical jump

Jump higher in 10 minutes a day

Taking off the handbrake

Waking up your glutes

The power of the squat

Why you need to be careful with internet jump programs

The good and bad of box jumps

Intent to Move: How to lift weights for maximum power

Get our Free Jumpers Field Guide

Gain immediate access to some of the most important jump training secrets from the company that has been building elite jumpers since 1999.

The jumping guidebook is a free email series, delivered straight to your inbox over the coming weeks to give you the key tools and tricks to help add inches to your vert immediately.

Athletes typically see a 4-6cm (2-3 inch) boost on your jump over these 2-3 weeks - all without adding a single plyometric.

Sign up below to start unlocking your vertical leap now:

Thanks!
We've just sent you the first jumping hack, it should be in your inbox any second
Oops! Something went wrong while submitting the form, maybe your email has been entered incorrectly?