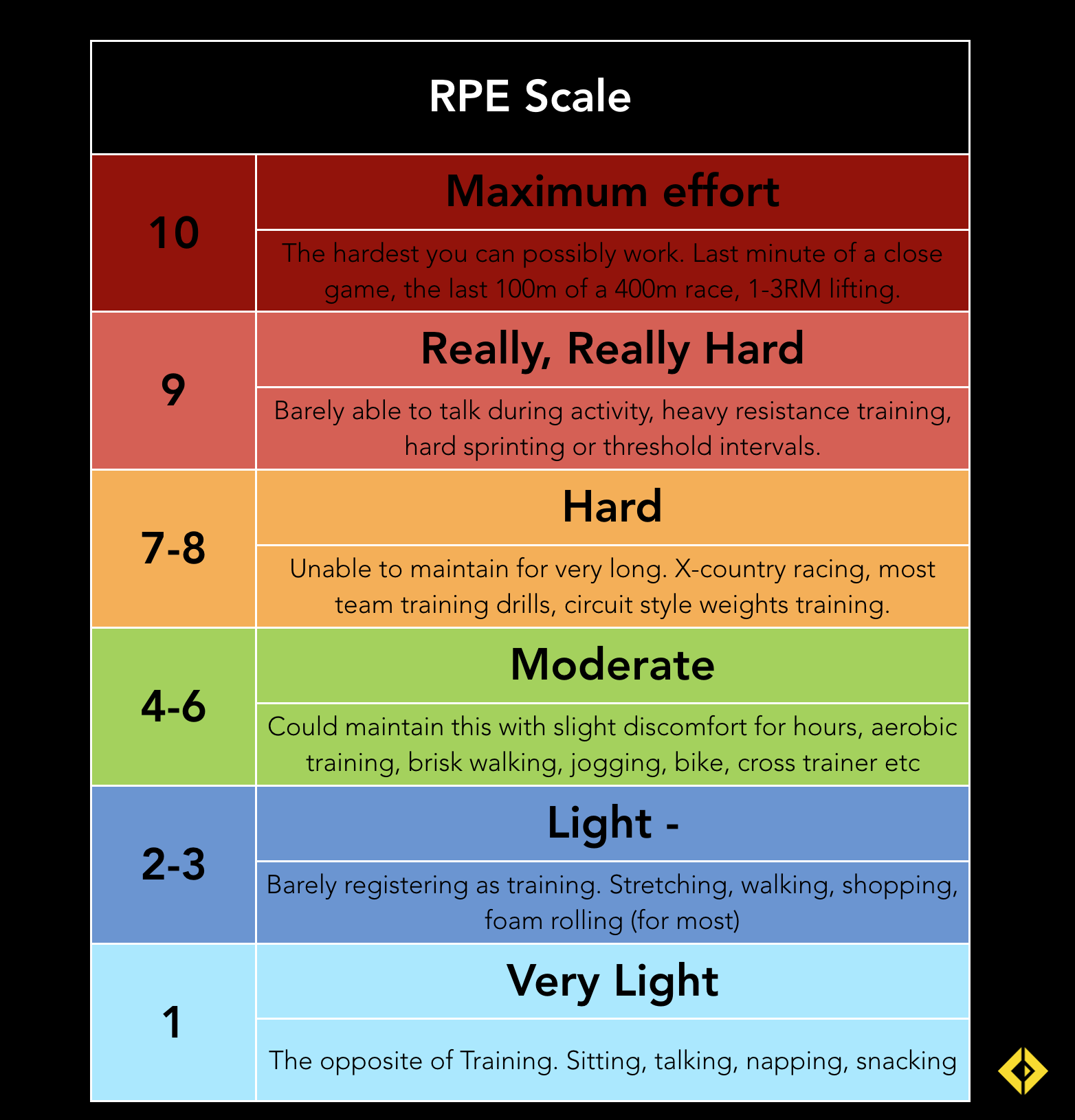 When we talk about athletes training load, we’re talking about their volume and intensity in terms of acute, what you've done over this week, and chronic, which is typically the average load over the last four to eight weeks. Now, the actual number you measure can vary, it can be the total kilometres covered, it can be minutes of game time, it can be speed zones, heart rate zones, it can be total kilos lifted, throws, pitches, balls, kicks, tackles, punches. The list in endless.

For athletes doing multiple forms of cross training (gym, running, conditioning, individual skills, team training etc) he two most common you'll see are; total metres of running in zone six. That's max effort sprinting at above seven metres per second (25km/h), and you want to measure the cumulative metres in that zone (typically with GPS). The second and easier more wholistic method, is rate of perceived exertion (RPE - often measured as a number out of ten) times the minutes in the session. This gives you an idea of how hard the session was, and how much time you spent at that intensity.

Immediately following every training session athletes report to the coach how the session was on a scale of 1-10 (best to have them do this privately away from teammates, as peer perception will influence RPE), this is then multiplied by the length of the session to give the sessional RPE.

Now, the goal of all this measuring and analysis, is to keep your training inside a bandwidth of what we call the floor and ceiling of training. So in preseason, you want to smoothly build things up into that zone, and then once you're in season or competition phase you want to try and maintain your weekly acute loading within a narrow range relative to your recent weekly average to keep everything steady and consistent. This is called your acute to chronic workload ratio, we first learnt about it from sports science guru Darren Burgess.

A training error is when you have an unpredicted or unavoidable lapse in acute workload (due to illness, holiday, injury etc). While a training mistake is when you try to overcompensate to make up for the error (Training error is typically a drop in loading, but they can also be accidental spikes due to camps or tournaments).

Now it makes pretty good sense that if you spike your acute training level too high relative to your chronic average you're going to open yourself up to a whole bunch of injury risk. But what’s interesting is, having drops in your training volume where you go below your floor and then try jump straight back to normal (say in holidays or due to a cold), is just as likely to leave you open for injury risk.

“Both low and high training loads are associated with increased likelihood of injury compared to moderate chronic loads.”

— AIS 2015, Can we Think About Training Loads Differently?

So too much training or too little training relative to your chronic training load, they're both just as dangerous for you. Which is why any week I don't have a game for the week the first 30 minutes of my workout, I try to simulate as much of the intensity of a game of basketball as much as I can, to try and keep that sport and movement specific load in my legs and body. We call this Game Fit, and we will be sharing a video about it very soon!

No matter what sport you train for or compete in, remember to keep your ceiling and your floor on your training consistent. When the going is good, don't spike things too high. But then during your off season or the holidays or an injury, try not to go too low. If you do go low, make sure when you come back you build things up smoothly back into normal loading.